Bowtiful Ties was recently featured in Varsity – Cambridge University’s independent student newspaper – with a photo shoot – including some of our hottest summer ties, and an interview with the founder, Moses Hoyt.

Enjoy the interview below:

When did you realise bow ties were your calling?

I was in Cambridge, basking in May Week and realising that everyone was wearing boring black bow ties. I wanted to make something far more exciting and individual and come up with an awesome little brand.

What makes bowtiful different to other brands?

Is there something distinctly Cambridge about your designs?

Other than the fact that they look super awesome when worn in May Week, probably not. Most of our ties are double sided. Serious on one side, party on the other. I think that represents Cambridge life pretty well.

Do you have any advice for students wanting to start their own business?

Get out there and do it. Don’t just sit around on your ideas, the barriers are so low, and it’s an unbelievable amount of fun.

When’s the perfect time to wear a bowtie?

When you want to stand out from the crowd and add that tongue-in-cheek level of formality to your outﬁt.

What inspires your designs?

Contrast. I love great textured materials, and contrast. Lots of contrast. And maybe a little harmony.

Any advice for people who struggle with self-tie?

Youtube, a mirror and ten worthwhile minutes. Even a messily tied self-tie has that aura of originality that no pre-tied tie could ever match.

How did Cambridge inﬂuence your designs?

So many opportunities to wear bow ties, but so few original ties out there. I wanted something more exciting. College striped bow ties were a start, but I wanted to take it to another level.

What’s behind the names?

I started naming the ties after people that would love to wear them, and then realised that each design had this style of its own—so I just created these names and personalities to go with them.

Which is your favourite tie, and what does it say about you?

My favourite is constantly changing. At the moment it’s Freddy. It’s loud and garish in so many ways, sort of like me.

Design plans for the future?

A continued (visual) look into the Bowtiful Process. 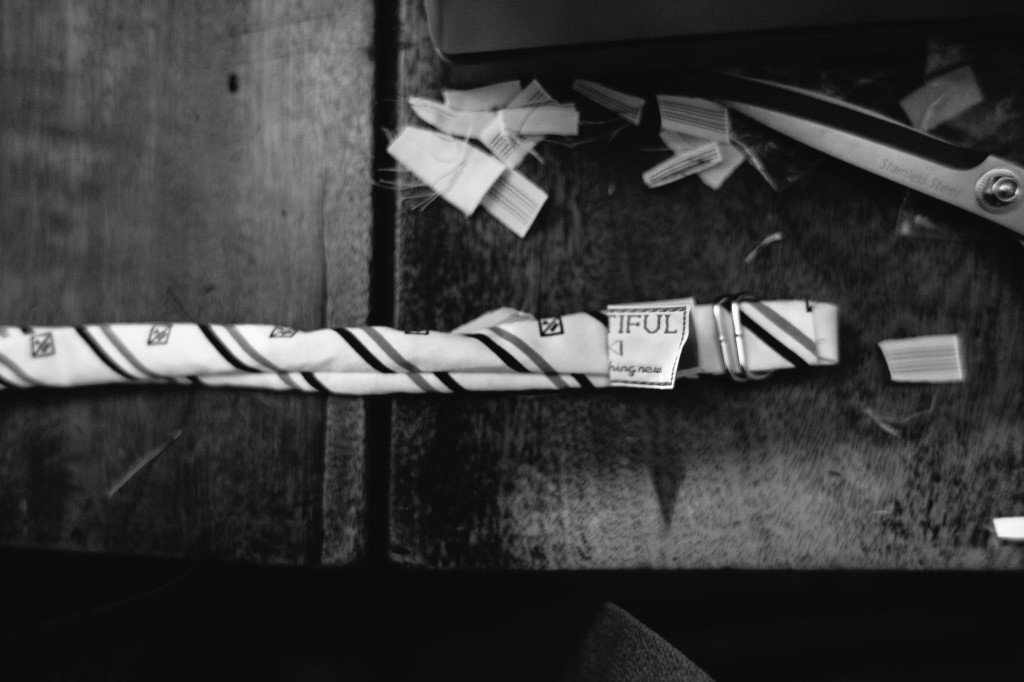 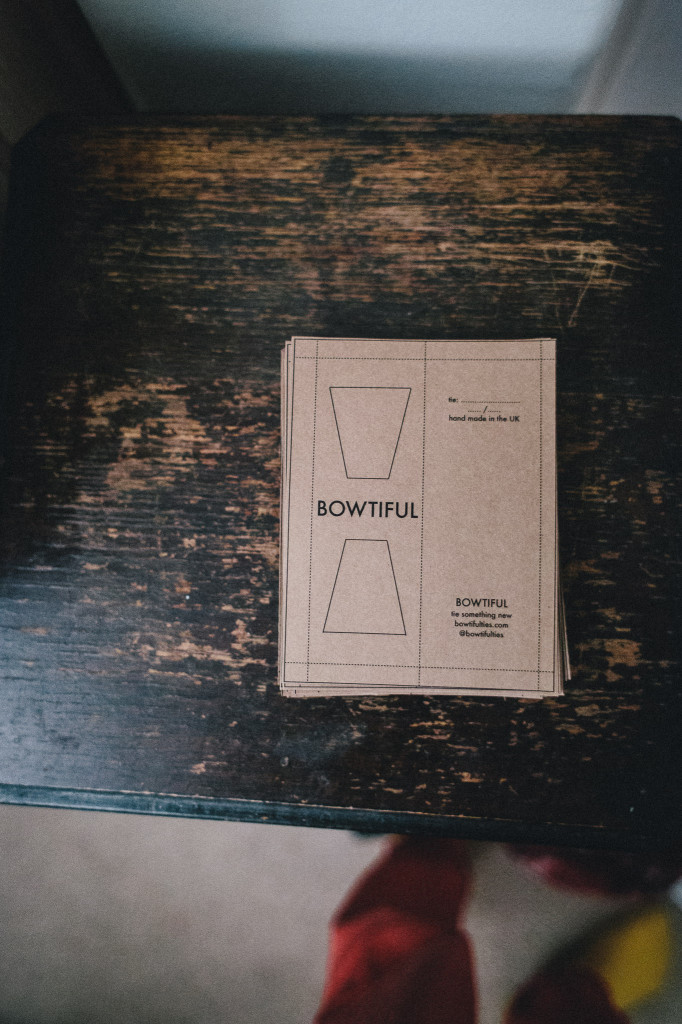 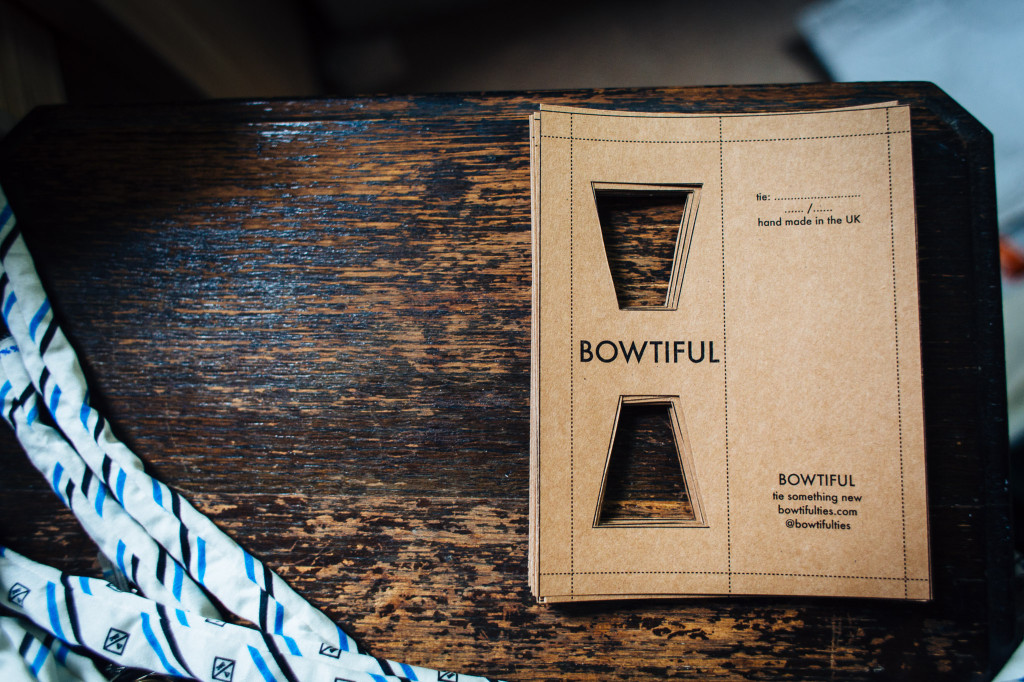 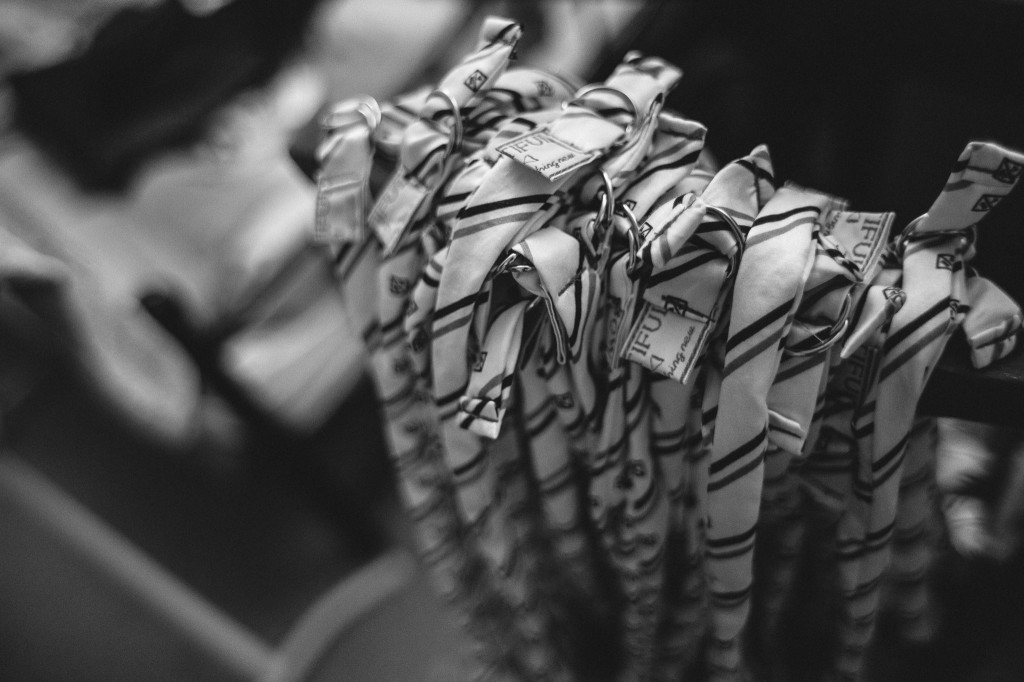 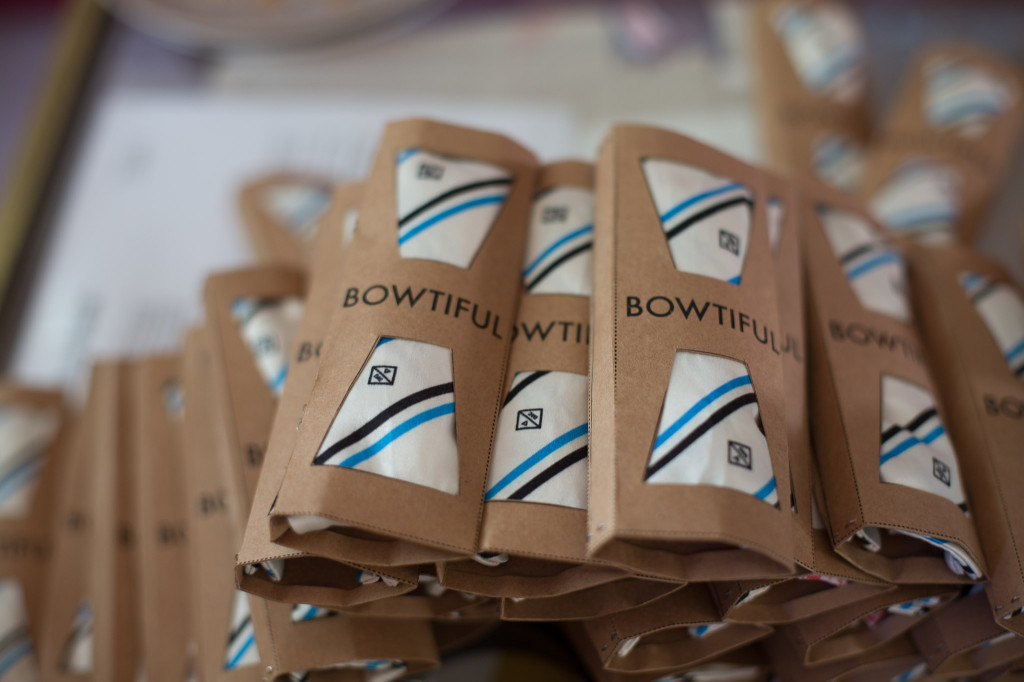 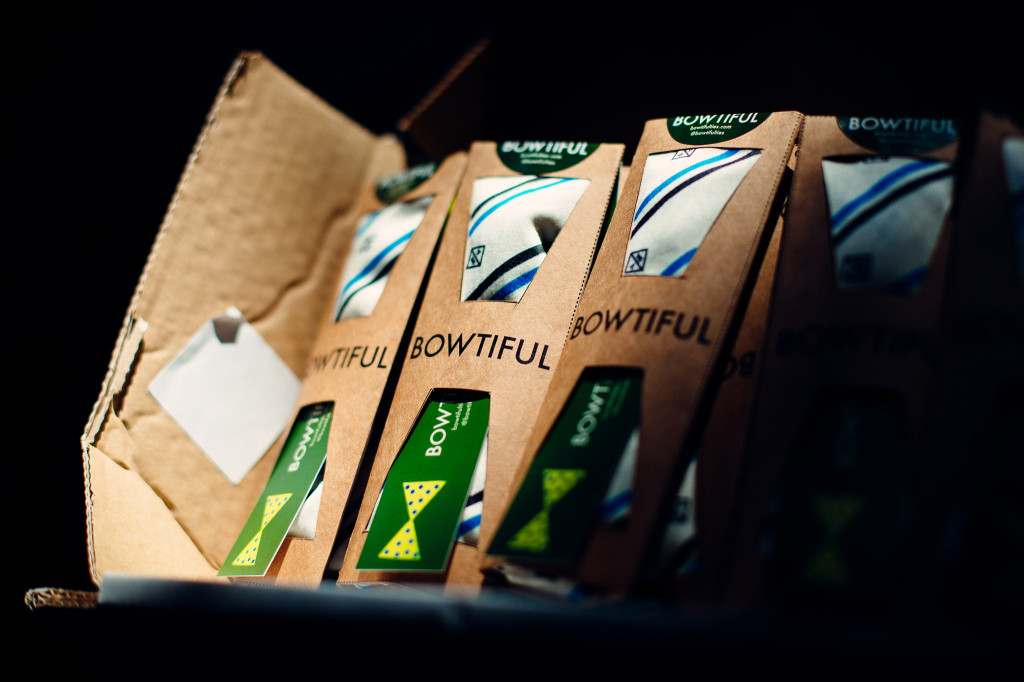 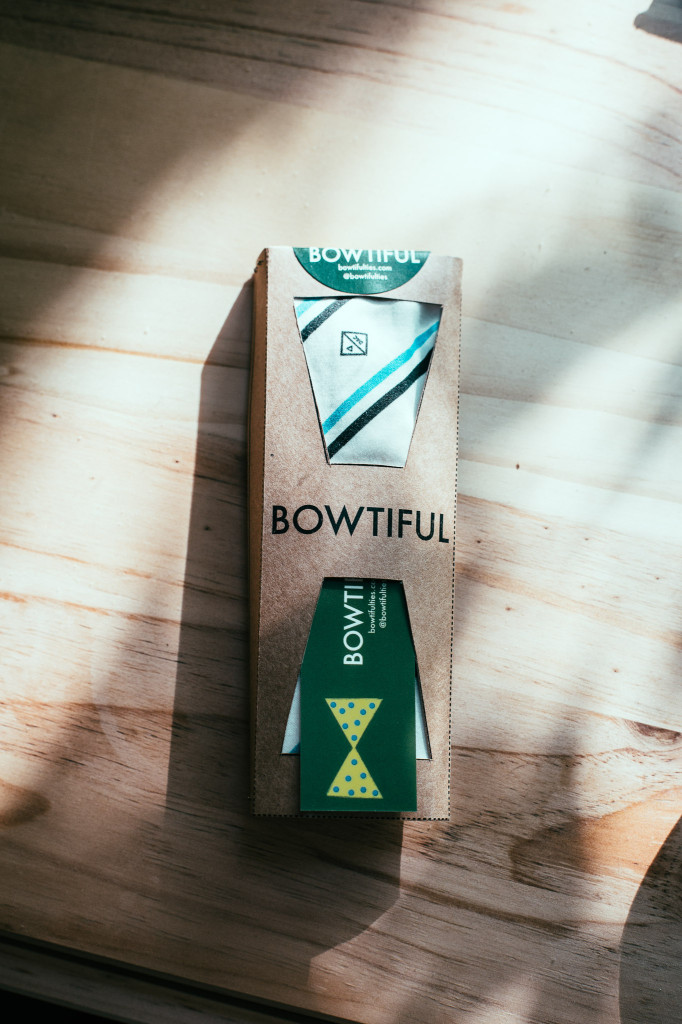 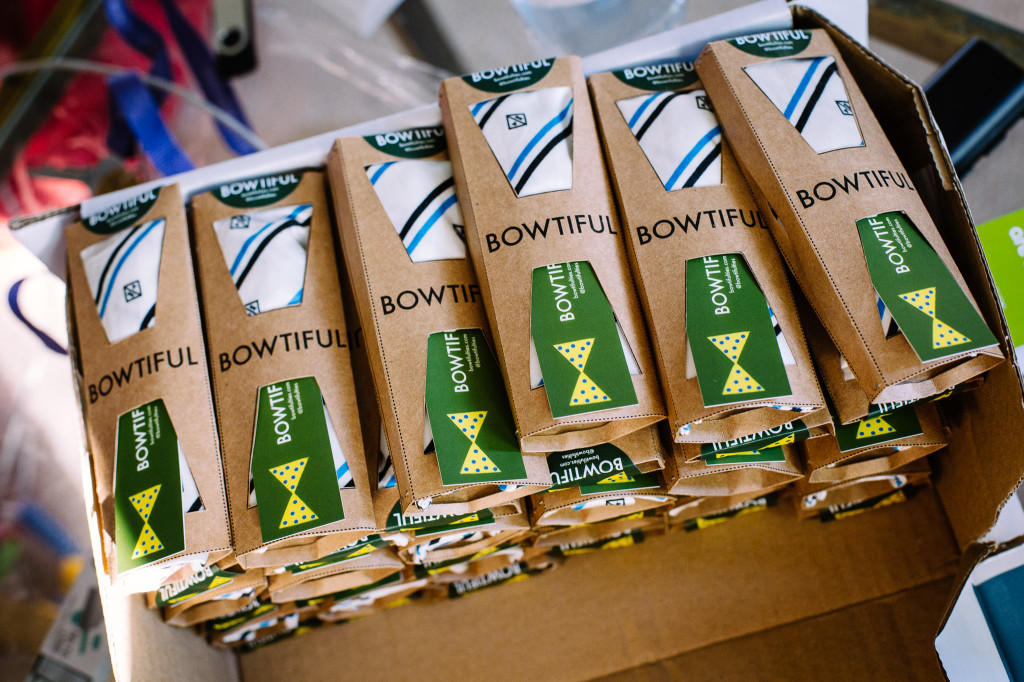 From time to time your Bowtiful tie will get creased from all those loving times that you wore it. While a creased tie is a great look for some, it won’t float everybody’s boat. A quick iron on a not-so-hot heat should help you out and remove those crinkles and creases. 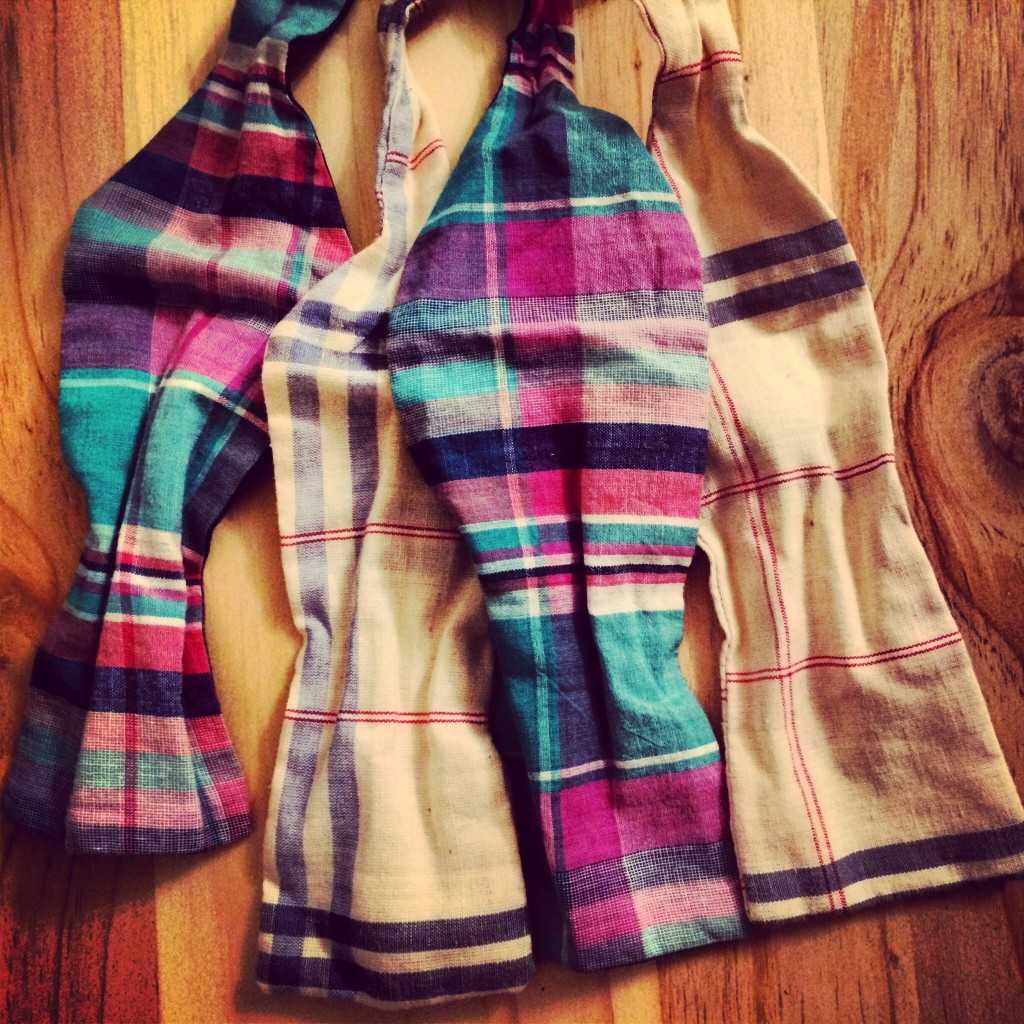 A creased tie is not for everyone.

On occasion you may even get far too excited and spill some soup, jus, or even mustard on your tie. Fear not, this can be easily remedied! Use a damp cloth, maybe a little warm water and a touch of soap and your tie should be as good as new.

While most of our ties (not the silk ones!) have been tested on a delicate wash in the washing machine, and have survived, we recommend only using this as a last resort.

And finally, while it is nice to have a warm neck, especially in the winter months, we don’t recommend tumble drying your tie.