TL;DR version:
Yes, of course bow ties are in style in 2013. They’ve always been in style.

Firstly, understand that coming from my perspective I have a somewhat vested interest in saying that, yes, bow ties are, in fact, in style. So perhaps take anything I say with a little pinch of salt.

But I don’t say they’re in style that lightly. I actually believe they are. Perhaps they’ve always been. Black tie has been the de facto pseudonym for tuxedo/dinner jacket/evening formal for a long time now. And black tie refers to a bow tie obviously. Black tie is always in fashion at the right events/occasions, and provided you wear it with an awesome fitting suit, then you’re going to look as fly as (or maybe even a little bit more fly than) the next guy.

But the use of bow ties in super formal environments doesn’t stop there. White tie is obviously a stable for the big summer balls and weddings. And once again, it’s a bow tie. The white marcella bow tie is the tie to go for.

So now that oscar/bafta/wedding season is in full swing, you’ll see a large enough number of celebrities and average joe’s wearing bow ties elegantly. A large enough number even to make you think bow ties are in style. You’re right. They are. But you’ve got to wear them at the right time.

But then again not everyone wears a tuxedo all the time. The occasional, lucky few, do. But let’s be realistic here.

So that leaves us with the (awkward) situation where you could wear a bow tie in a somewhat formal occasion. With a suit perhaps, and possibly to work. Or in an even more casual environment.

Depending on your workplace, this has been happening more and more. You’ll get the Dr. Who wannabes and the Beau Brummel aspirants more and more. And now that summer is starting to rear its beautiful head (at least here in Scotland it is…) you’ll find innumerably more occasions to rock out in a bow tie. Use them wisely. Garden parties, may balls, summer soirées all count. Wear an awesome Bowtiful Tie, pair it with a perfect shirt and be happy that you’re doing something a little different to everyone else and tying something new. 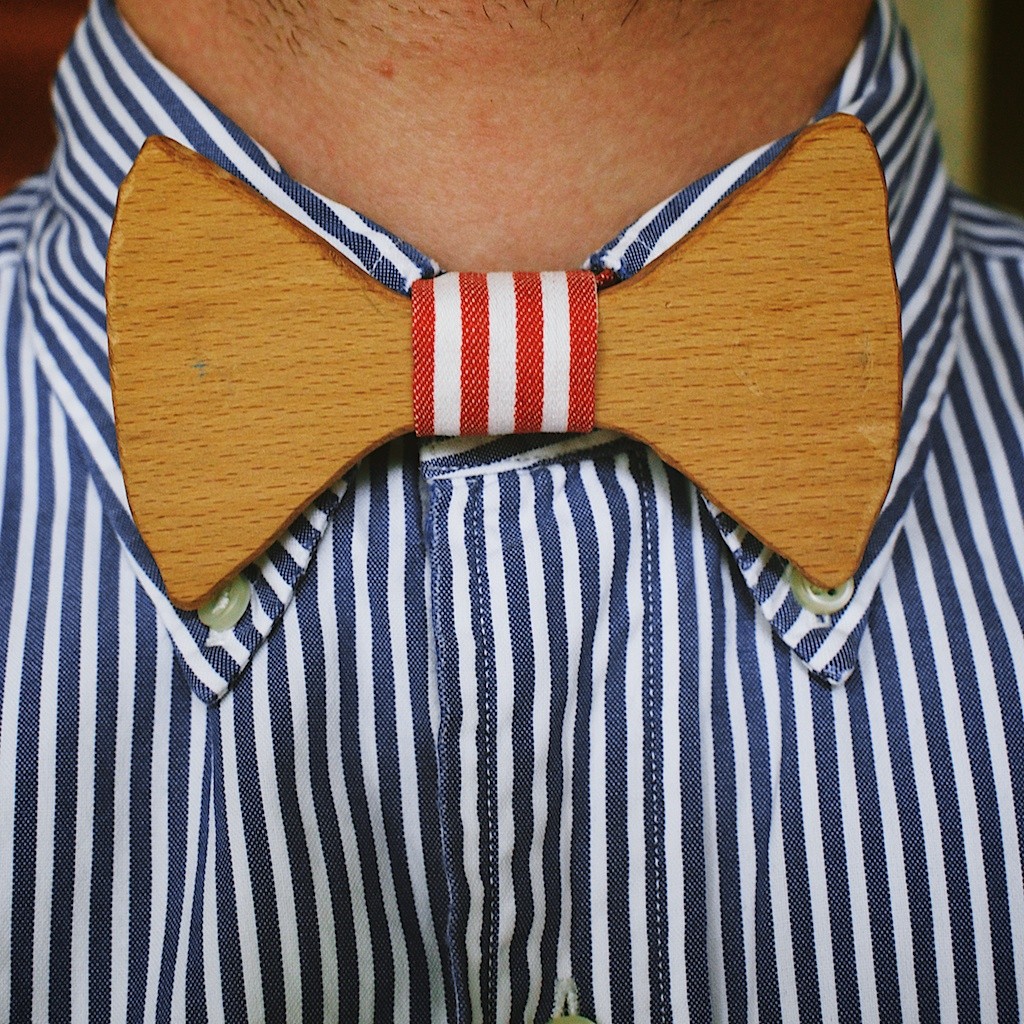 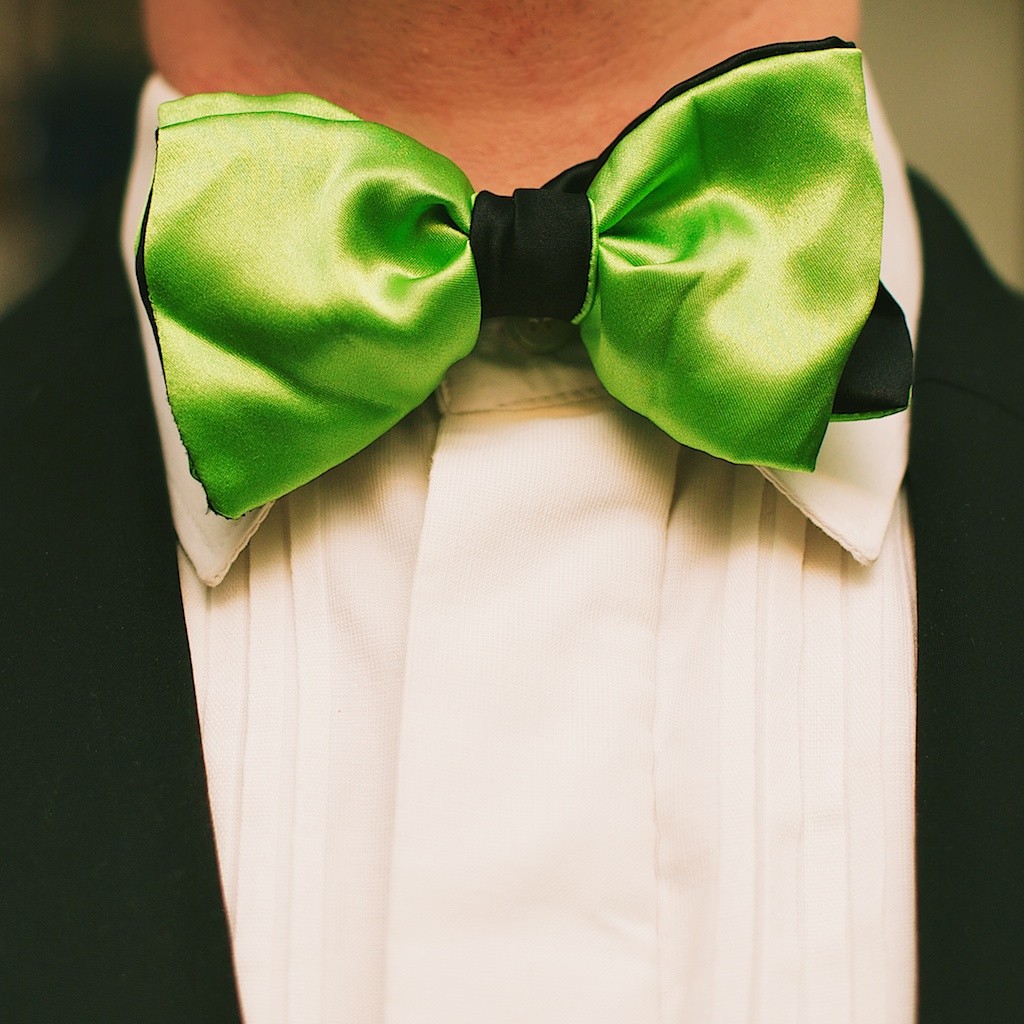 Flash Gordon in Green with a pleated white shirt and dinner jacket. 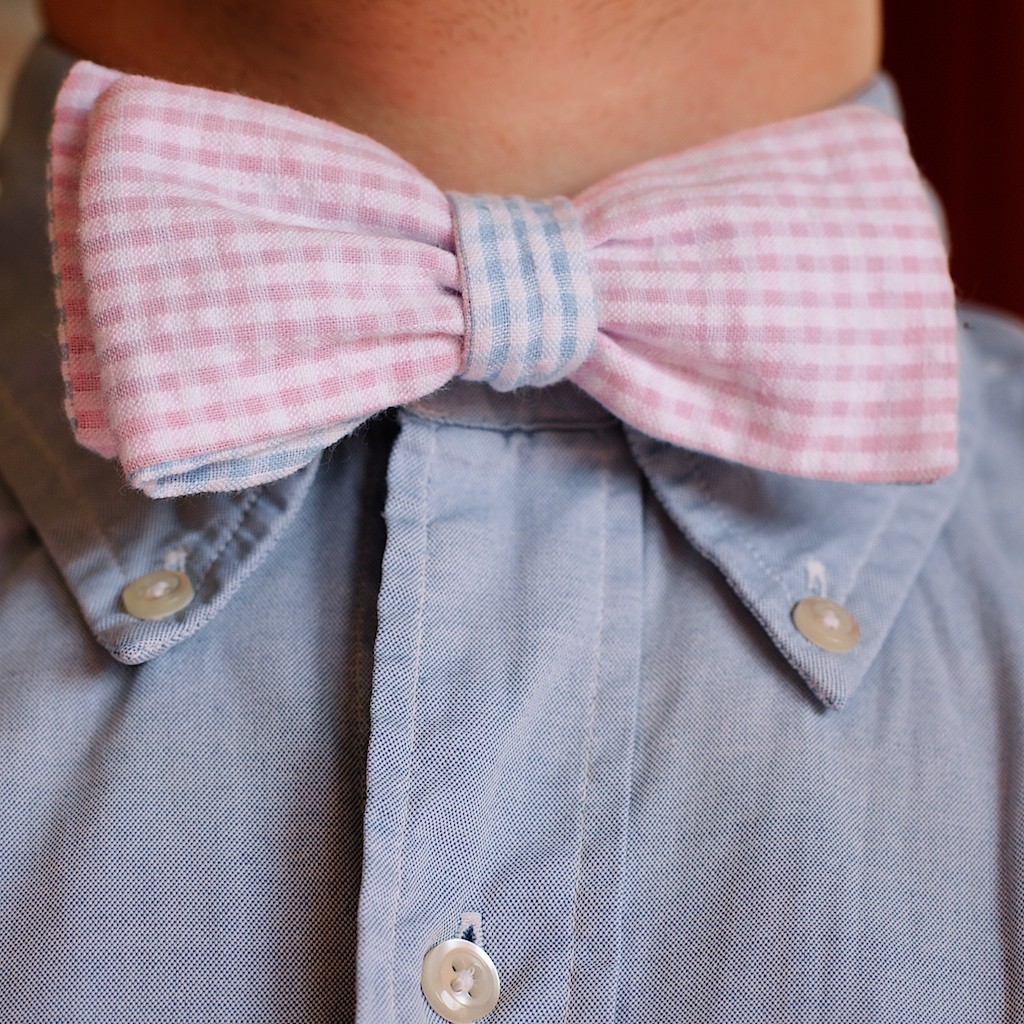 The Charles with a light blue Oxford. 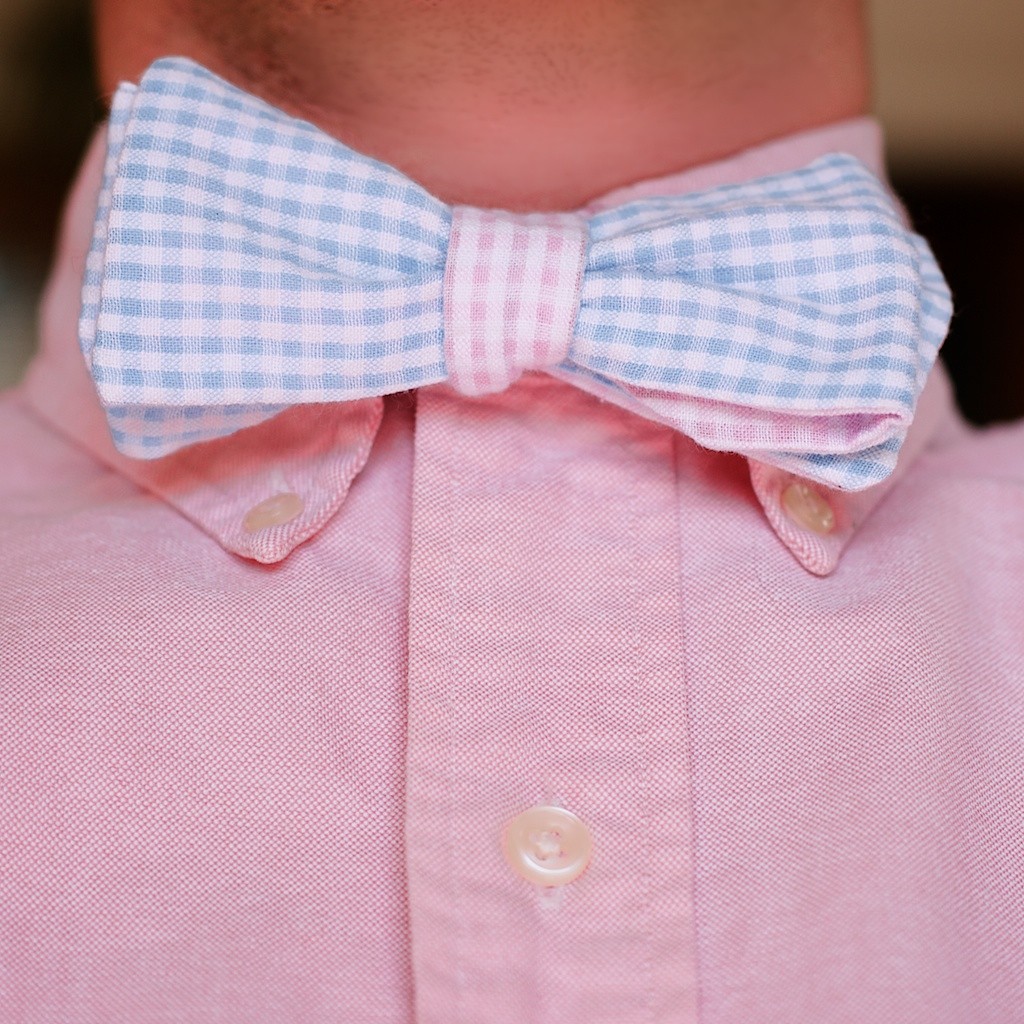 The Charles paired with a classic pink Oxford 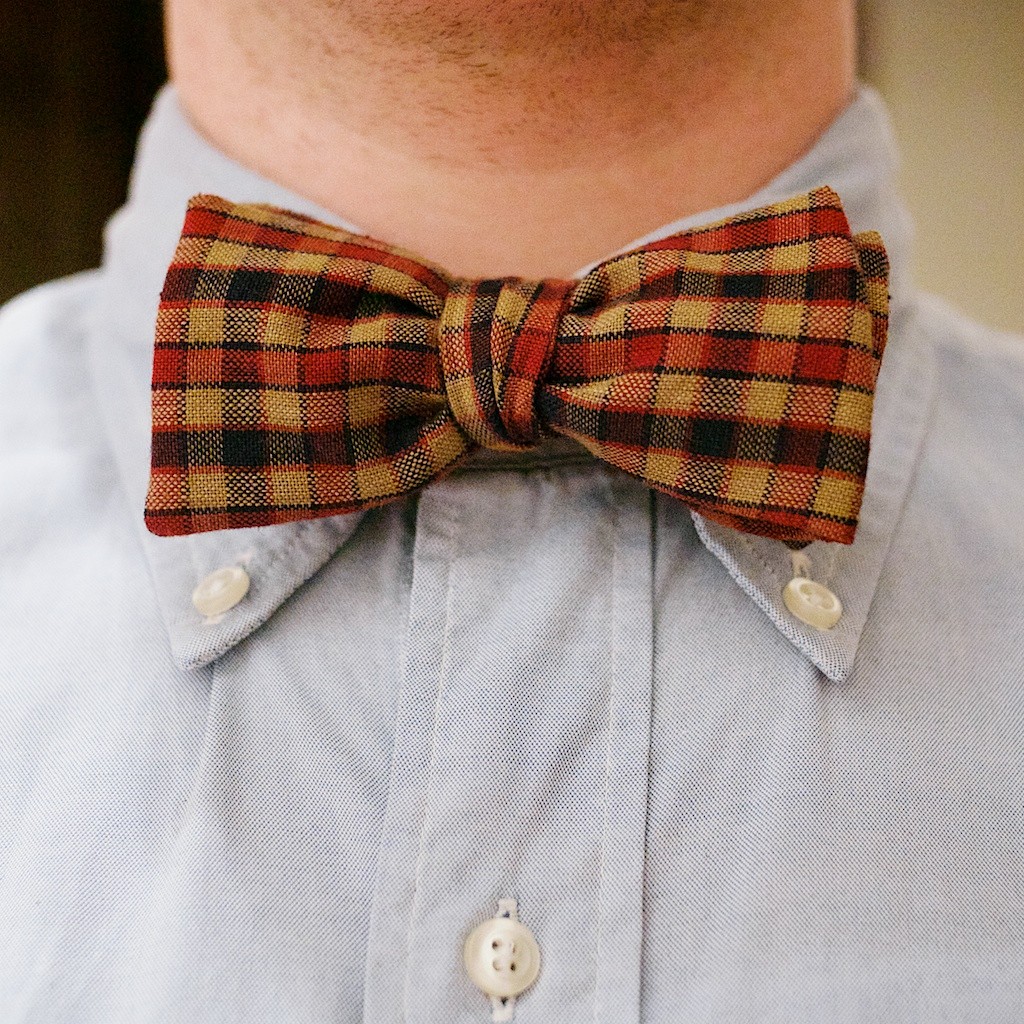 The Archy 2.0 paired with a classic blue Oxford 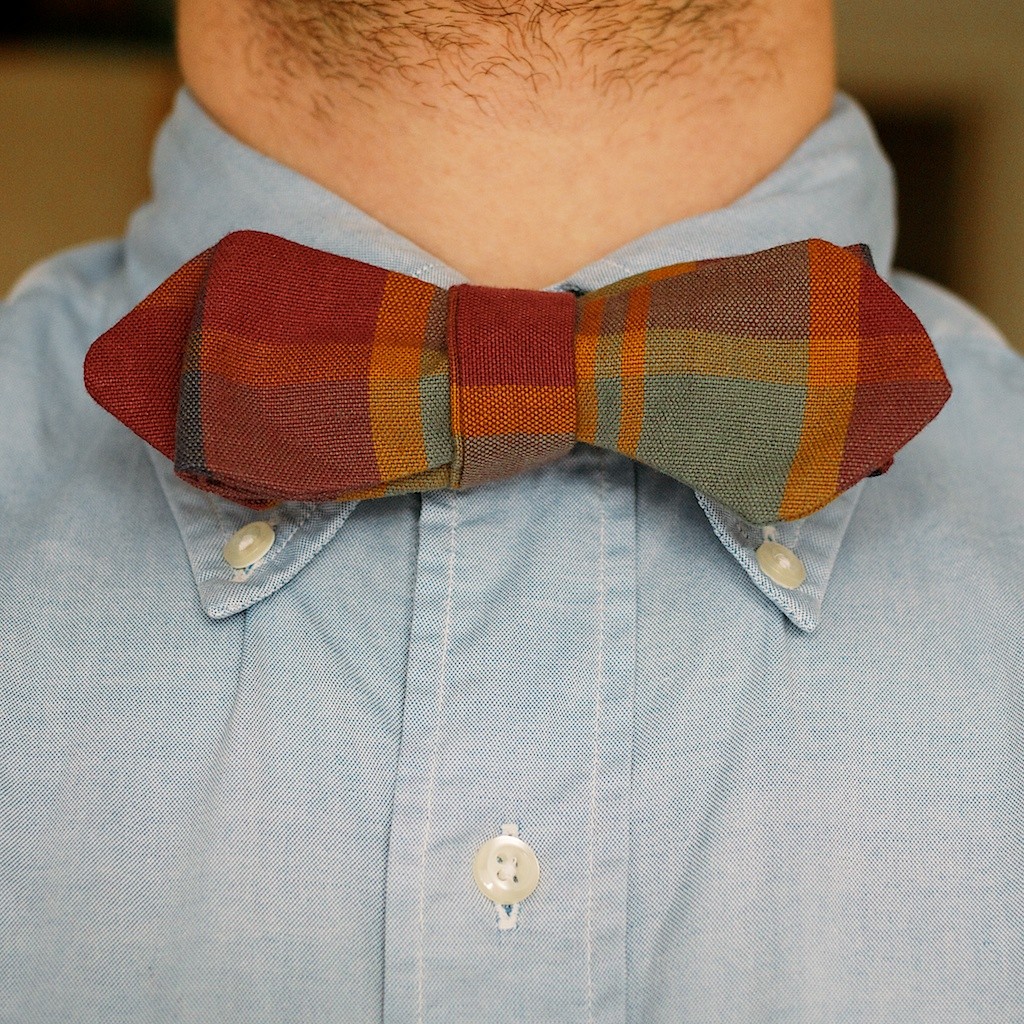 A fall coloured pointed tie with a blue Oxford